A blog for me to keep track of things, vent, and whatever.

IT'S FINALLY BREAK!!! I'm free (not really because Saturday school will still be active during break), I can finally get things over with! I don't even know what I can get over with, but I can do it! I will still have to watch like 14 hours of AOT because I want to watch the final episode when it's out, but even then that means I just have more time to watch like 40 episodes in one day. I also plan to go through a bunch of tutorials because at the moment my code looks like a jumbled up mess and I feel like if a professional saw it they would have a heart attack. I'm also still trying to come up with a theme, originally I was thinking of just having a cute simple theme, however, I got bored of that quickly. Then I planned to make a theme with these 2 nendoroids (1 and 2), but I quickly got tired trying to get rid of the backgrounds and felt like there were limited images to go off from. I then thought of angels (more specifically the Bible accurate ones because they're cute), but I'm not sure how that would turn out so I'm stil thinking about doing angels just not sure. I will probably make preview images of what I was thinking for themes later and post them here.

Kind of forgot this but I also plan on adding cursor effects (which also goes with the whole theme deciding thing), I've seen some blogs do cursor effects and it looks really nice so expect to see weird cursor effects later.

I found a program that I saw used for a lot of ukagaka, in fact, one of the first ukagaka I downloaded had the shell made with the character creator! I'm not extremely sure as to how safe the program is and neither am I sure if it runs on Windows 10 since I have Windows 7 (as stated in the readme file: "[Operating system] Windows 98 / Me / 2000 / XP / Vista / 7"), I'd assume it's safe since I've seen it used quite a lot and when you do a virustotal scan it only shows 1 result which is likely a false positive. I'm not good with tech so don't trust me and if anything run it on a virtual machine.

Thank you for reading through! Doing blog posts like these is really nice for me because I'm terrible at expressing myself and usually need something to keep me busy for a while. 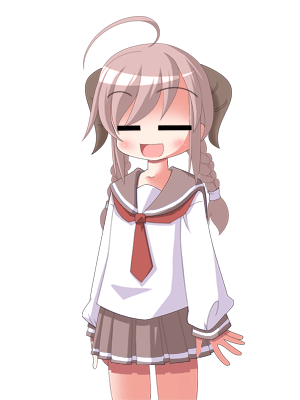 tired to the point of annoyance

I'm currently working on the theme for this site and even made cute little calendars! I will put all of the ones I've made so far in order:

I also added a little music bar since I saw a lot of people on things like Tumblr use them! I'll probably change the playlist later since right now it's just the first songs I thought of.

Aaa I'm so tired.. I was going strong during the long break, but now I'm back to being a pathetic pile of flesh and bones. I want to take a nap today since yesterday I didn't get to take one and got basically yelled at

Tomorrow is another Russian class and I have no clue how I will get through it without completely falling apart and dying. I hope classes end soon I just want to nap and do nothing for 3 hours (or more). We're getting extra break soon though, so at least that's nice

I might make an extra blog post after I nap (if I get to at least), but I guess this is a goodbye for now

I find it enjoyable to browse through the internet and collect GIFs, it's like a hobby of fine except I don't really gain anything out of it, it's fun y'know. I have a whole folder with gifs I've saved over the corners of the internet, but I don't really do anything with it, it just kind of sits on my desktop.

My eyes hurt a lot today since I decided to stay up late and try to binge anime, now my eyes feel bloodshot and I want to cry, might take a nap. I kind of regret it especially since I already have sleep problems where I feel tired no matter what, but at the time I just had a "Screw it all" moment, I ended up not binging anything and only finishing one episode (the episode wasn't even fun since I could only watch with no sound).

I make a lot of decisions that I later regret, I'm not good at making choices.

I kind of want to make a shrine page dedicated to something, but I need to finish the main site first. What would it even be dedicated to? Originally I was thinking of Hello Kitty since it was my all time favorite as a child, but there isn't much I can say. Now I'm just feeling frustrated


I guess if there's something else I can talk about then hmm.. well recently my head keeps feeling fuzzy and dizzy and just overall hurts, and I feel like this is related to my mom's blood preassure problems (she also has been having headaches recently, however, her's were more violent).

I've learned more HTML and learned how to orgnize code better! I'm starting to get back on track of organizing my site

I started my Saturday classes recently, I really didn't want them, or school in general, to open up YET. Plus, what's the point of opening everything up when we barely have any time left before Summer? People in my class either don't wear masks or don't wear them on their noses, yeah the class is small but even then wtf. I honestly want to quit Saturday classes so badly, maybe it's a good thing that I won't forget Russian but at the same time I don't want to learn about Jesus or religion since I hold no interest in that. When it wasn't open I felt so free finally having two weekend days, but now that it's open I just feel more stress.

March 17th, 2021.
I got into Touhou and I love it! So far one of my favorite characters is Reisen, I think she's super cute and I find her power to be interesting. I got 3 games (Touhou 6, Touhou 7, and Touhou 8, TH8 is probably my favorite so far), but I wasn't able to complete any because I'm bad at bullet hell shooter games. I got through 60% of TH6 on normal mode, but I doubt I'll be able to pass that goal for a while..
THANK YOU FOR READING, I APPRECIATE IT :)!!!

I haven't updated the site in nearly a week huh.. It has been quite a while, honestly the main reasons are: I've lost motivation (living up to my name, am I right?), I had a project I had barely worked on so I had to finish it in 2 days, and I was watching Attack on Titan because my friend convinced me to (if you haven't watched it I recommend it!!!). Anyways, I decided to add a blog, I'll probably update the way it looks like later since I'm currently too tired and have to finish homework +take a shower.
Bye for now.